I am writing this note of wisdom and love to you, in hopes that you grow into this world, seeing that you feel you don’t fit in and are not a part of.

You live in a state of fear and not wanting to be seen as a deaf individual. I know there are people who tell you that “it is impossible to have it all” or “your expectations are so high.” I know you had to adapt and overcome challenges at a very young age, because you were mocked relentlessly by other children at school. I know some remarks by people who have insulted your intelligence as a deaf person in a hearing world, have hurt you deeply.

You rocked and continue to rock this box that locks you in from finding the courage to get out. I will help make your frustrations, depression, and anxiety go away. I realize that your life feels like a roller coaster of emotions, but I guarantee you that the toughest moments, that you have had, will make you the person you are and continue to become. No one can possibly, ever understand your deaf needs but you will be in a position to advocate and promote accessibility awareness.

Nicola, I want to tell you that you have so much potential than you ever expected you would have! You are a loyal friend and person and your family loves you unconditionally. You’re curiously and thirst for new knowledge will be an asset in the future.

Now, I want you to care less and stop worrying about what others think of you or believe that you cannot achieve what you desire from life! I want you to step out of your comfort zone and that box you feel trapped in. Start by writing a blog just for yourself. Talk about your life and work experiences; share your personal beliefs, your frustrations, your challenges, your hopes, and your inspirations with the world. You will not become a Deaf Activist but yet be a Deaf Advocacy and your biggest advocate is YOU! Advocacy Matters – Live with Power.

I want you to travel and explore different deaf communities in many countries around the world. I want you to do this as much as you possibly can so that you can bring back their stories and experiences to share with others. There are many mesmerizing and exciting people in this world, and believe me, you will learn a lot from them and them from you.

Trust in God, Jesus and The Angels to guide you and be thankful for everything and everyone that have been given to you. 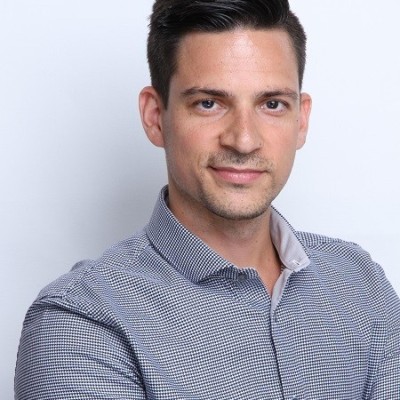 Nicola Di Capua
The purpose of my website and social media is to promote my advocacy services, and to blog my stories, my challenges, my frustrations, hopes, inspirations, and so on. My dream is to increase deaf accessibility awareness, and to encourage change for a better world.
Facebook Twitter Instagram Pinterest Google+ Bloglovin' YouTube RSS

What an interesting Year 2017!

I’m Nicola Di Capua – The purpose of my website and social media is to promote my advocacy services, and to blog my stories, my challenges, my frustrations, hopes, inspirations, and so on. My dream is to increase deaf accessibility awareness, and to encourage change for a better world.
Read More
Facebook Twitter Instagram Pinterest Bloglovin' LinkedIn

“This summer I was lucky enough to observe Nicola’s Step Into My World presentation at the Ontario Camp for the Deaf during their week-long ASL Adult Immersion program. This short film definitely gave me a new perspective as a hearing person on the communication barriers that the Deaf/Hard of Hearing community faces on a regular basis. It truly turned the tables on how Deaf people would experience increased accessibility and acceptance in the workplace, if we lived in a hypothetical (and hopefully, future) society that prioritizes ASL. It also showed many of the privileges that hearing people take for granted every day and how we can try to put ourselves into Deaf peoples’ shoes to improve overall empathy and a sense of community between the two groups. Overall an amazing and eye-opening experience for advanced signers, ASL beginners and everyone in between! I highly recommend Nicola for any future presentations for your organization.”

“So you thought you were out of the loop, frustrated that all the bright ideas you could contribute fell on deaf ears, always on the outside peering in. In a visceral twist this video Step into My World has a no hands barred attitude. Nick takes off the gloves and elegantly signs the pain, frustration and systemic barriers that lead to exclusion and consequently an enormous loss of ideas and talent. With its silence it asks us to change our attitudes and become inclusive. It’s not rocket science and I highly recommend you see this video, it will change your perspective.“

“I really love their film [Step Into My World]. It perfectly captures what we Deaf people go through all the time while navigating hearing world. A big eye opener for hearing people. A must watch.”

“Nicola’s film turns the expectations of the hearing world on its head to give us a glimpse of the daily challenges and discrimination faced by people who are deaf and hard of hearing. Using sign interpreters, Nicola took us through his film to help us understand what was happening in the moment. He facilitated a powerful discussion filled with useful insights. I walked away with more understanding of this disability, how the hearing world creates unnecessary barriers, and how I can better communicate with and support colleagues, family and friends who may have a hearing impairment. Nick is an engaging, thoughtful and respectful presenter – you will learn a lot from him!”

“It was a pleasure hosting Step Into My World presentation at the University of Calgary. Nick’s outstanding presentation skills and passionate delivery of his messages left the audience in awe and inspired them to take follow up action within their workplaces. Nick is a change maker.”

“With directness and honesty, Nicola Di Capua’s film Step into My World provides a fresh take on the building of understanding amongst deaf and hearing artists. By using the setting of an active film shoot, Di Capua both confronts us with a revealing reversal of a familiar situation and illustrates how true collaboration requires empathy towards others and a willingness to share our vulnerabilities.”

“It was a real pleasure to watch your documentary yesterday. The format of the presentation allowed us to better understand the challenges that deaf people face in their daily lives through exchanges between participants. I appreciate hearing the recommendations on attitudes that improve our communication with the Deaf, the deafened and the hard of hearing.”

“Oh yes!! Your presentation was very touching and revealing. I truly enjoyed it!!”

“I recently had the pleasure of being one of the first groups to watch the short film by Nicola Di Capua. Not only was it directed well but it is one of the most powerfully written films I’ve watched in a very long time. The film was an emotional and eye opening experience.

Nicola has found a way to break the silence by using that very silence to expose the reality of being Deaf or Hard of Hearing in a hearing world.

Having the opportunity to discuss and get his perspective on the film and his mindset during creation only adds tremendously to the impact. His open and charismatic nature make him easier to learn from.

In my opinion every business or school setting would greatly benefit from having him present to your organization. Great public speaker, film maker and advocate for inclusion and independence for all. This is definitely something you need to watch!”